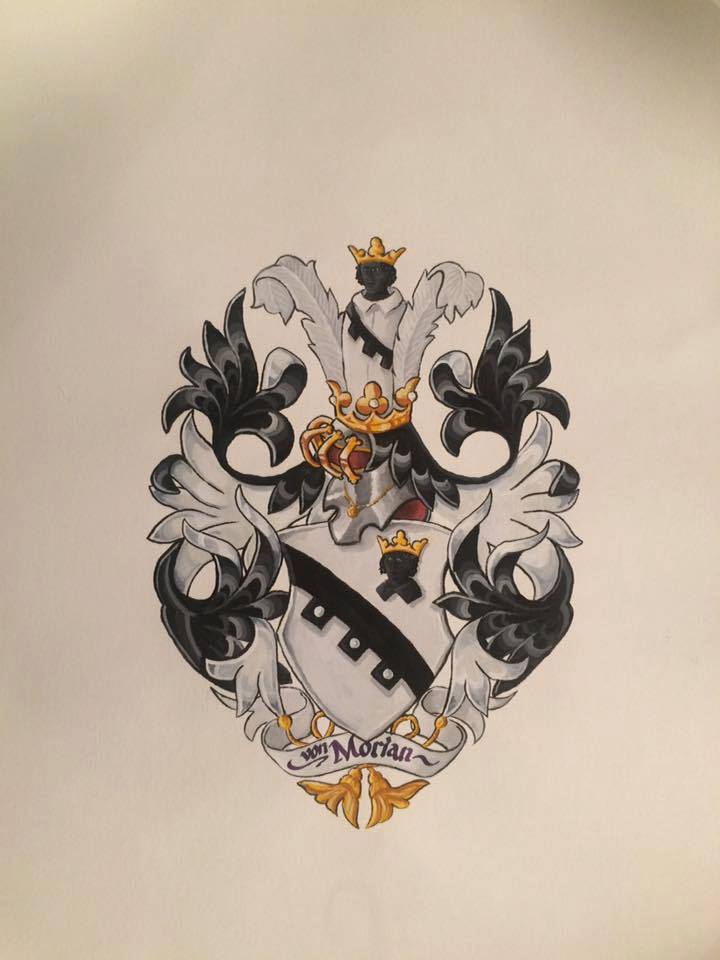 Moors are a peculiar charge in European heraldry. In Spain and Britain they are often depicted as decapitated, whereas German heraldry often displays them as kings with golden crowns. They have fallen out of favour lately though, since they, like some other charges are a bit… out of touch with the times.

These are the arms of the Swedish noble house of von Morian, which went extinct, at least in the eyes of law regarding nobility, in the 18th century.